Smart Cities for An Intelligent Nation

News Group
Pipe Fittings & Flanges
Issue Time:2020-01-06
Next-generation technologies like 5G, IoT, AI, big data and cloud computing spawn big biz and transform urban areas.
Imagine ... no this isn't a mushy lyric ... Imagine a world of cities where multistory buildings, cars, traffic lights, people and a zillion other things all communicate with each other. Such "smart cities" will acquire dimensions of reality in China sooner than you would imagine, field experts said.
Powered by the next-generation information technologies such as 5G, mobile internet, internet of things, artificial intelligence and cloud computing, China is gearing up to develop smart cities nationwide.
In China, improving cities, especially metropolises, is an urgent and pressing demand as the urban population is growing amid rapidly increasing urbanization, experts said.
In 1949, just 10.6 percent of people, or 57 million residents, lived in 132 cities in China. But, by the end of 2018, nearly 60 percent of the country's population, or 830 million residents, lived in 672 cities. The figures continue to grow.
"As the population grows and we become more urbanized rapidly, the carrying capacity of the cities cannot sustain the pressure of population explosion. Diseases could emerge as new problems in cities due to resource shortages, traffic congestion and pollution, raising new concerns for the government's public management capabilities," said Shan Feng, deputy head of the Digital City Engineering Research Center, which is part of the Chinese Society for Urban Studies, at a meeting on smart cities in November in Beijing.
Professional manufacturer of asphalt machines. Our sales and R&D team have over 10 years’ experience to focus on asphalt distributor, synchronous pavement surface vehicles and other road machinery and equipment. Based on innovation
By the end of 2018, more than 500 Chinese cities proposed to build smart cities in their respective local government work plan, according to Shan.
Today, China has also become a key force in the development of smart city technologies and the industrial innovation globally.
A new report from market research firm MarketsandMarkets estimated the smart cities market in China is projected to reach $59.9 billion by 2023 from $30.4 billion in 2018 with a compound annual growth rate of 14.5 percent.
According to the report, the growth is mainly driven by the increase in population, the need for rapid urbanization and the government's investment and policies to speed up the implementation and development of smart city projects.
MarketsandMarkets noted China is the biggest marketplace in the Asia-Pacific region in terms of development of smart cities, and the APAC region is set to emerge as the main revenue contributor to the smart cities market globally.
Previous Spring Festival (Chinese New Year) Holiday Notice
Next ASME B16.5 yellow painted pipe flange will be delivered to Nigeria

Become A JS FITTINGS Customer
Please send your message to us

Get A Quote
Interested in the following live? Get in touch with us, now! 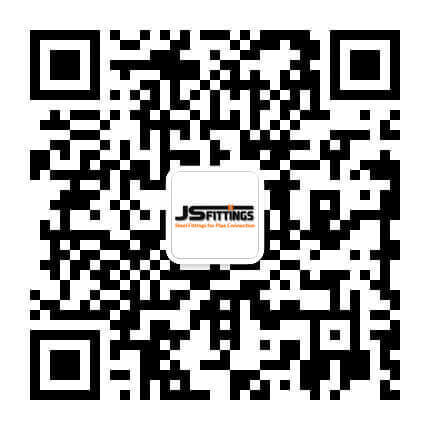